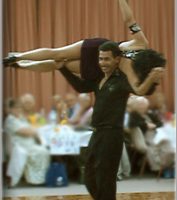 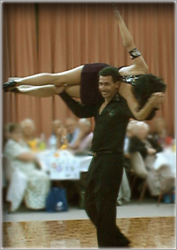 Charles has been teaching dance for 30 years in a wide range of styles. During his teaching career he has catered to a wide range of student abilities in all age groups and from a great variety of backgrounds with private lessons, small dance tutorial groups and often much larger classes. He has also taught at various venues from studios through to various adult community colleges, and has been involved in teaching dance to a special group of intellectually disabled people through the Wesley Mission as well as teaching dance in a number of retirement villages.

The Dance Tutor now specialises in working with the elderly but to keep a balance in his career, the company also specialises in teaching couples to shine on their wedding night, and preparing young students for their school formals and debutante balls. This career combination keeps him grounded and “on his toes.”

He was a recent finalist at the Young at Hearts Short Film Awards 2008 for the documentary he produced highlighting the fact that the “Young at Heart” are alive and kicking in the Retirement Village sector and love their music and dance.

The Young at Heart Short Film Awards is a unique screening of short films recognising seniors in the film industry. It is presented by the Festivalists and the NEW Department of Ageing, Disablity and Home Care (DADHC) as part of the celebrations for the 50th annual NSW Seniors Week. Charles had the honour of being chosen as a finalist for Young at Hearts Short Film Awards 2008 held at the Dendy Opera Quays in Sydney. Watch now

All performances and participation in both Senior and Community events over the last 20 years.